You are NOT going to BELIEVE this! 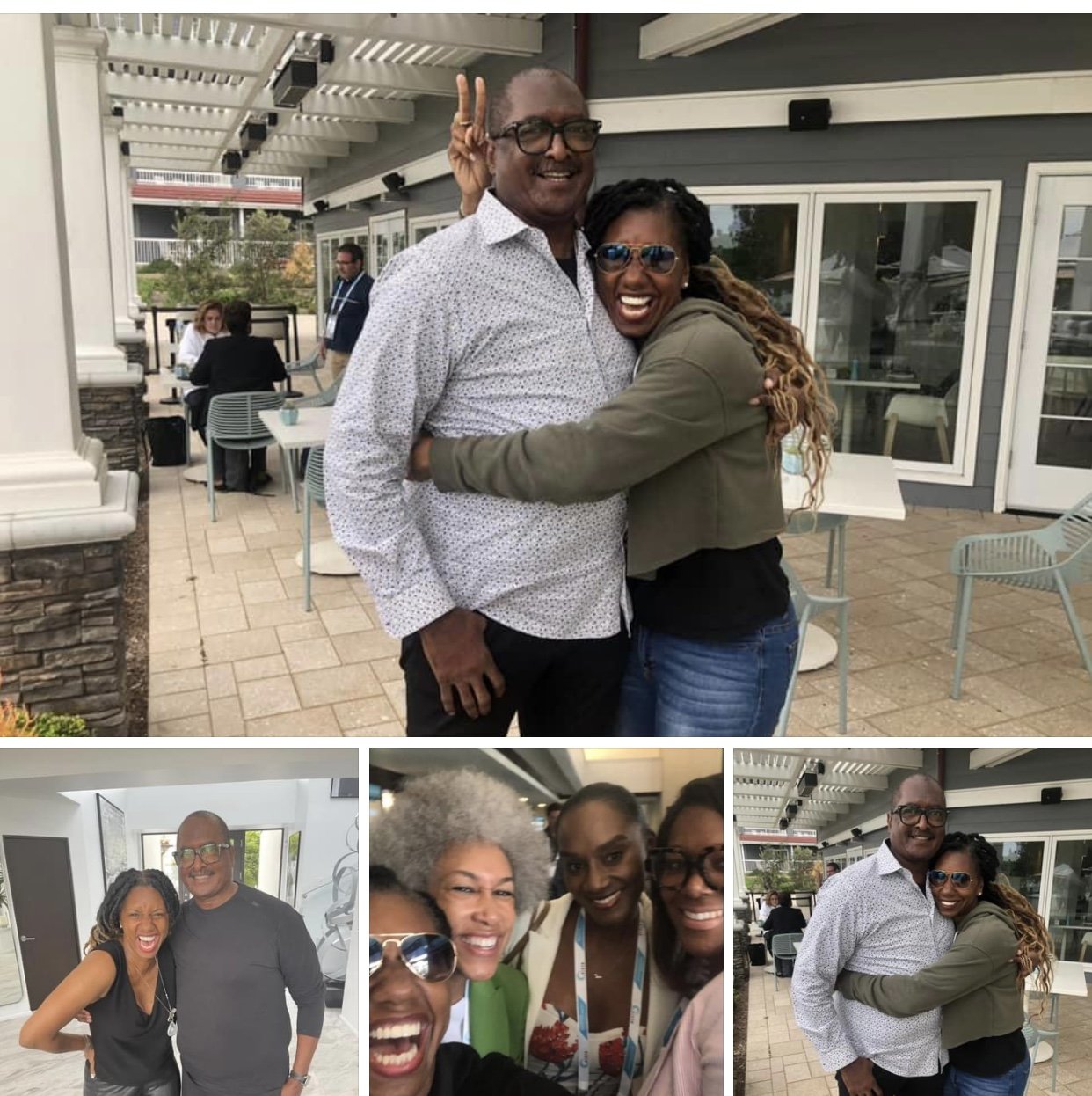 I’m trying to get my head around what just happened. Maybe if I retrace my week, I can help you understand how God just BLEW! MY! MIND!

As you may or may not know, I moved to LA to be an “artist.”

I’ve made millions empowering purpose-driven Black Women (& the Brothers who love us) to heal their way to their first million or their next million with ease. After my divorce, I realized that I had a dream I had given up on: being on television. So on March 6, 2020 I moved to Los Angeles, trusting God and stepping out on faith.

Fast forward to 2022, and I am back in the game of having my own television show. A few weeks ago, my entertainment attorney introduced me to an INCREDIBLE television executive and we bonded. I prayed to God she would mentor me. It JUST so happened she was scheduled to do a mentoring session the following week at an unscripted television conference. She invited me to come.

I said yes and immediately reorganized my life to attend.

Each day I prayed for guidance and miracles.

GURRL, let me tell you what happened…

Me and my television executive were talking and in walks MATHEW KNOWLES!!! Beyoncé’s daddy! The creator of the most successful girl’s group of ALL time.

Then I turned around and moved to the other side of the table as my executive went over to him to say hello. I figured I’d sit quietly and wait for them to finish and for my executive to come back to the table.

Well she did—AND she brought Mr. Knowles with her!!!!

I was stunned! Mr. Knowles was kind and charming. He shook my hand and asked me about my projects for television. I don’t remember what I said. But I do remember him inviting me and my executive to his house!!!!

My jaw dropped to the floor!

We all agreed, and I rode with my executive. She drives a Tesla. I didn’t know how to open the door to get in the car. It didn’t have a handle.

I fumbled with it for almost a minute before I figured out I had to press it to get in. Talk about new experience!!!

We get to his home and it is a mansion!

Beautiful is an understatement. The entire property is designed on the edge of a hill overlooking the Pacific Ocean. The house, location, and the view were stunning.

It turns out that Mr. Knowles teaches at multiple universities. He even invited me to one of his classes. He kept saying, “sign her! she needs her own show!”

The next day I sat with him for an HOUR and we discussed healing Black men, entrepreneurship, his $275 million dollar fund to create new Black-centered content, and his upcoming documentary on creating Destiny’s Child.

I wish I could help you feel the level of confirmation and hope that is in my body right now. I was so disheartened when I had to cancel my live event.

Now I see God had other plans for me.

Plans to enlarge my territory.
Plans to prosper me with ease.
Plans to fulfill the dream he placed inside of me when I was a teen on the streets.

I now have new business friends at Ebony Studios, Amazon Studios, OWN, A&E, ESPN, and others. Each person is interested in hearing my concepts for unscripted television and documentaries.

If I hadn’t felt so low about my failed event, I don’t think I would have been so hungry to win at SOMETHING when I was invited to invest in myself and attend the summit.

Being open has shifted the trajectory of my life. Happy and I even went whale watching!!!!

I have NO IDEA where all these new relationships in television will take me, but I am committing to giving it my all!!

Thanks for witnessing and celebrating this new direction with me!!!