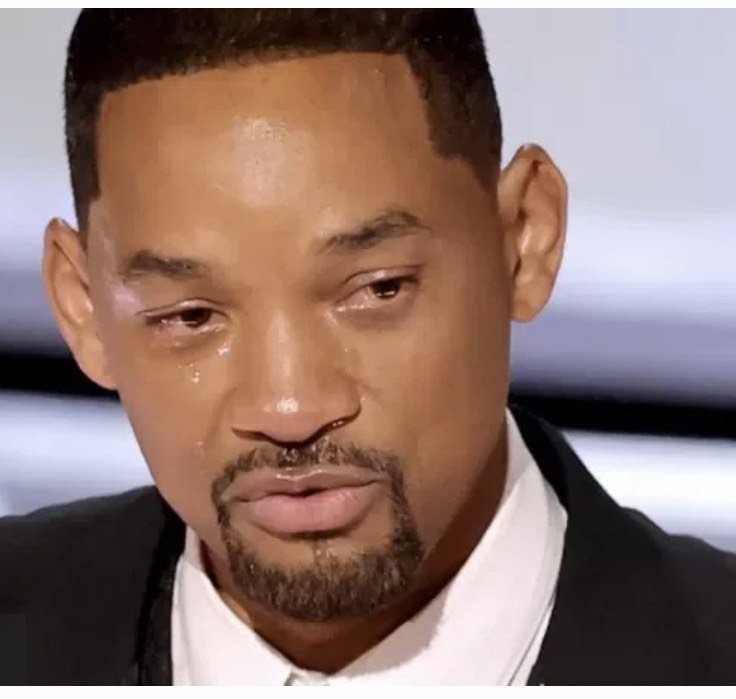 This is not an excuse.
This is an explanation.
An explanation I have been developing since 1997 when I started my 2nd Masters degree and Ph.D. at Stanford University.

“Why do Black people hurt each other?

I am an Identity Theorist by training. My are of study is the formation of cultrual identity from African Slavery, through the Middle Passage, to Chattel Slavery. Cultural Trauma is where I lay my heard. As crazy as it may sound, trauma makes sense to me.

I grew up in trauma and have been studying it, unpacking it, and healing from it since I was six years old.
So when I heard Will Smith yelling at Chris Rock after slapping him in front of the world, my body reacted the same way it did when my momma yell and slap anyone one of us kids.

The violence in his voice triggered my history of violence. It took me almost a week to process my triggers. And in the process I saw the historical trauma being enacted and embedded at the 2022 Oscars Awards.

I did a 45 minute video on the historical trauma as it relates to Black Men and respect. Click here if you would like to watch it.

I will be “deep diving” on this topic at my upcoming “Healing Black Love: Manifesting Millions Together Live Event.” For now, here are some important points if you are committed to healing and thriving together as a people.

Black Women have a historical wound around being heard. During slavery our screams were silenced and or no was ignored. That wound is alive and real within many of us today.

Black Men have a historical wound around being respected. During slavery Black men were rendered helpless and powerless via shaming, sexual exploitation, and the inability to protect and provide for loved ones.

Take the case, when Black Women and Men get upset with each other, it’s not them that are arguing. It’s their wounds at war with each other. More often than not, we villainize each other, as if our character is the problem. Take the case that our wounds are not us, no more than our feelings, thoughts, or bodies are us.

So if you can take the case that our wounds are not who we are, then why is it we CRUCIFY another when she or he does something we deem as not respectable? The answer is simple: we have, generally speaking, become the emotional and social whip of the slave master.

We do to each other what has been done to us.

As enslaved people we were never considered human. So we don’t have the right to have feelings, or fears, or failings. In order to survive in the “White Man’s World” we need to be respectable. Perfect. Work twice as hard. Do twice as much.

We have to “represent” the race.

And we NEVER air our dirty laundry in public—ESPECIALLY in front of (omg!) good white folk. #cluchyourpearls

So we become our own owner overseers, and treat each other as inhuman as plantation owners treated our ancestors.

As human beings we have the RIGHT to have wounds, feelings, mistakes and anger, and yes, trauma.

Trauma responses occur when a person is triggered. The trigger is directly tied to a real or imagined threat. The threat can be physical, emotional, mental, financial, and or identity based. When one is threatened, your physiology takes over and you will either flee, freeze, or fight.

Think back on a moment in your real like when you were trigger. See if you can recall if, in that moment, you could have done ANYTHING different than what you did at that time. I have MANY such moments!

But those moments are not my character.

Those moments are past hurts screaming to be healed.

Will Smith writes in his book, Will, about his shame that he could not protect or defend his mom from his dad hitting her. He was 9 when he watched his father hit his mother in the head so hard, blood came out of her mouth.

My point is this: we as a people have trauma. It takes a willingness to clean up the impact of one’s trauma responses on others. It requires us as a People to relate to each other the exact OPPOSITE way history has trained us to do: as human beings.

A character flaw is permanent.
A wound can be healed.

A trigger is a trigger. Yes there will always be something to clean up when a trigger flex’s at the most inopportune time.

In my world, that flex means you’re ready to heal.

I am using Will Smith’s trauma responses at the Oscars as an example. I’m not debating, justifying, excusing his or anyone else’s action. I have no dog in that fight. I am talking about historical wounds that keep us at the bottoms of every social-economical statistic in North America and how to turn that around..

I have no interest in you agreeing or not.
This is a theoretical framework for those of us who are committed to healing and thriving together, emotionally as well as economically, to begin to heal.

Please don’t post any hateful comments on my platforms. I’m committed to healing Black Love. This is a substantive sharing. Not sensational. It what I am teaching doesn’t resonate with you, go quietly away.

I’m not your teacher.

AND if you are fed by this word, this life affirming word, let me hear from you in the comments below in the spirit of love and dignity. I promise to respond.