Roe vs. Wade/4th of July 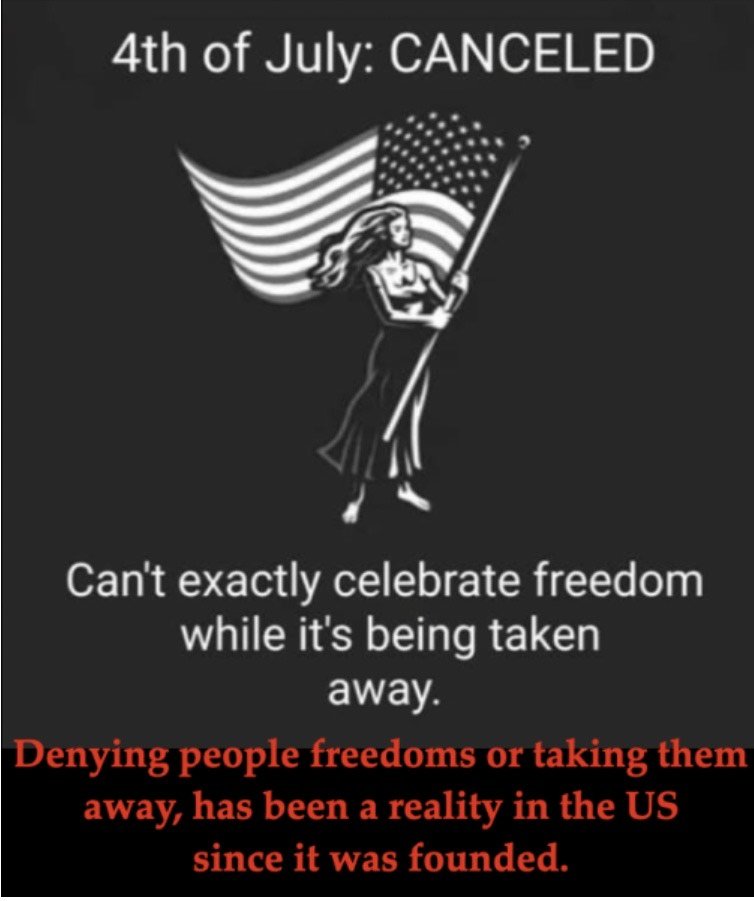 The 4th of July represents freedom for all.

It is a declaration from the tyranny and strong-hold of oppression and control of European Males of a tiny colony in the Americas.

You may or may not know this: the first slaves in North America were European women.

They were lied to about coming to North America from England for a better life. Once they deboarded the ship, they were forced to marry, mate, and work the land to help the firsts settlers make a home in America’s hard soil and biting winters.

Many women died.
They died from the climate.
Some were beaten to death by their husbands.

Some died giving birth to children they didn’t plan on having.

These women escaped from England for a better life and to live their lives at choice.
As early as the 1600s, colonial women were indentured servants without rights, property of their husband, and died during childbirth.
In 2020, the maternal mortality rate was 17.4%.
How can we celebrate “independence” when the most private choice a woman has regarding her very body has been stripped from her?
From us?
When the government takes away a woman’s right to choose, you can count on two things: your rights are next and women/poor/historically marginalized people will suffer.
My biggest concern is this: now that Roe vs. Wade has been over-turned, what’s predictable is the forced sterilization of women of color.
It’s happened before.
So I can’t celebrate the 4th of July.
It feels hypocritical and empty.
Hollow.
What I can do is pray.