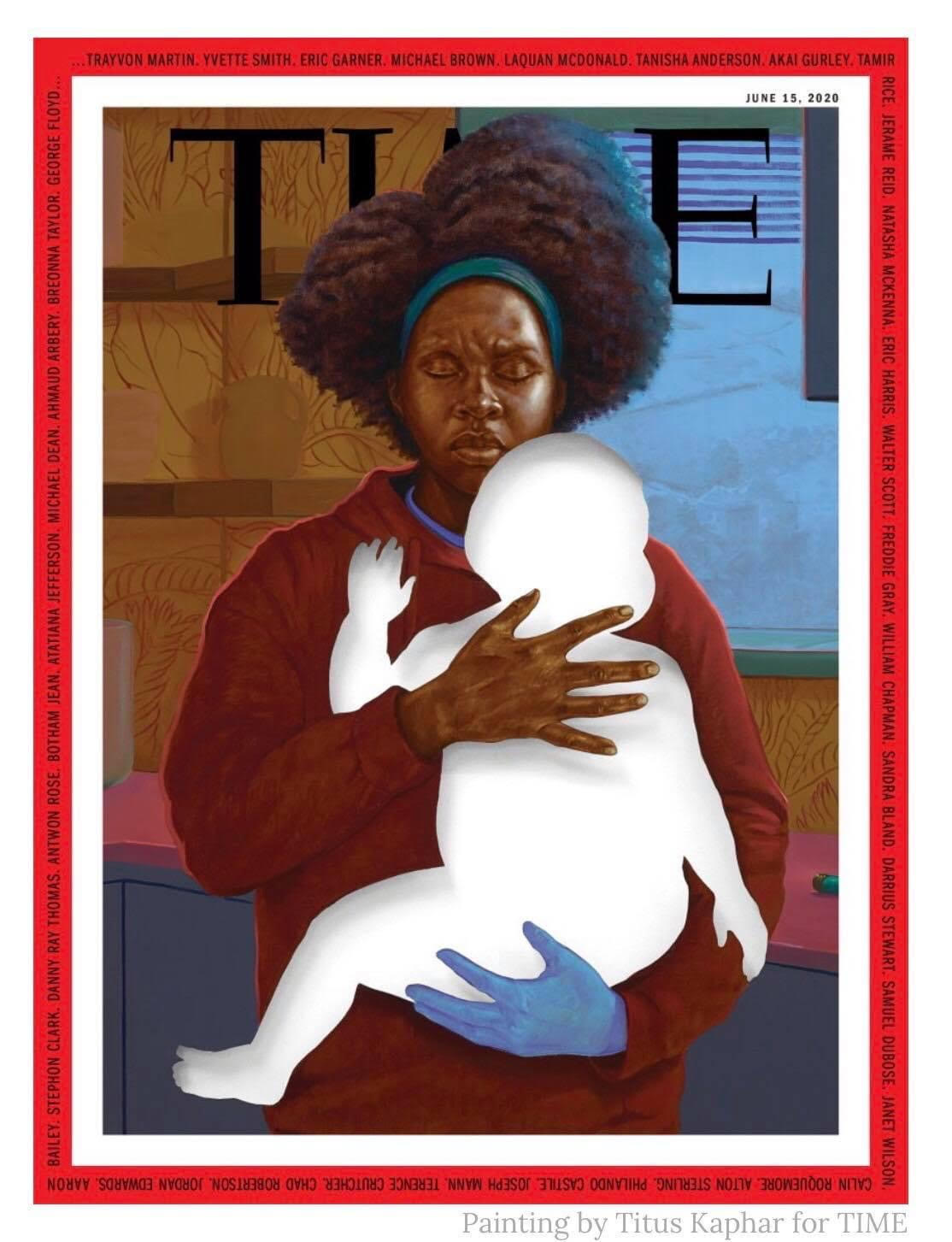 Mothers feed and clothe.
Mommas give their babies the food off their plates and the shirts off their backs.

Mothers teach their children to respect the law.

Mommas teach their children to be afraid of the law so they don’t end up outlined in chalk on the sidewalk.

Killing George is no different than Massa selling children away from their Mommas just because he could.

Or Police Officers murdering Black People and then bragging about it, even video taping their hunt, to show their Brothers in Arms.

Never comprehending that that Nigga Ahmaud was some Momma’s baby boy.

That Black b^tch Breonna was some Momma’s babygirl.
“Momma!”

When George called for her and the world watched as the life left his body, every Momma—dead and alive—heard his cry.
And none of us could do anything to stop it.

How many Black men cried out to their Mommas in the final moments before a Police Officer/KKK/Slave Catcher turned another Black body into a Black Momma’s deepest fear?

Larcenia carried her baby boy in her belly for nine months, just like White Women do.
She dreamed of her baby having a good life, doing better, having more than life had allotted her as a Black Woman.
Just like White people do.

“Momma!” Last word he used his last breaths to utter while the Police Officer pressed harder on his windpipe for having the audacity to make a sound while being “subdued.”

So now we weep.
An endless stream of salt tears from the Atlantic.

So now we morn.
The death of the illusion called equality.

Now we march.
Until victory is won.

So another Momma NEVER has to be terrorized watching the News broadcasting her child being publicly executed for a twenty dollar f$cking bill.