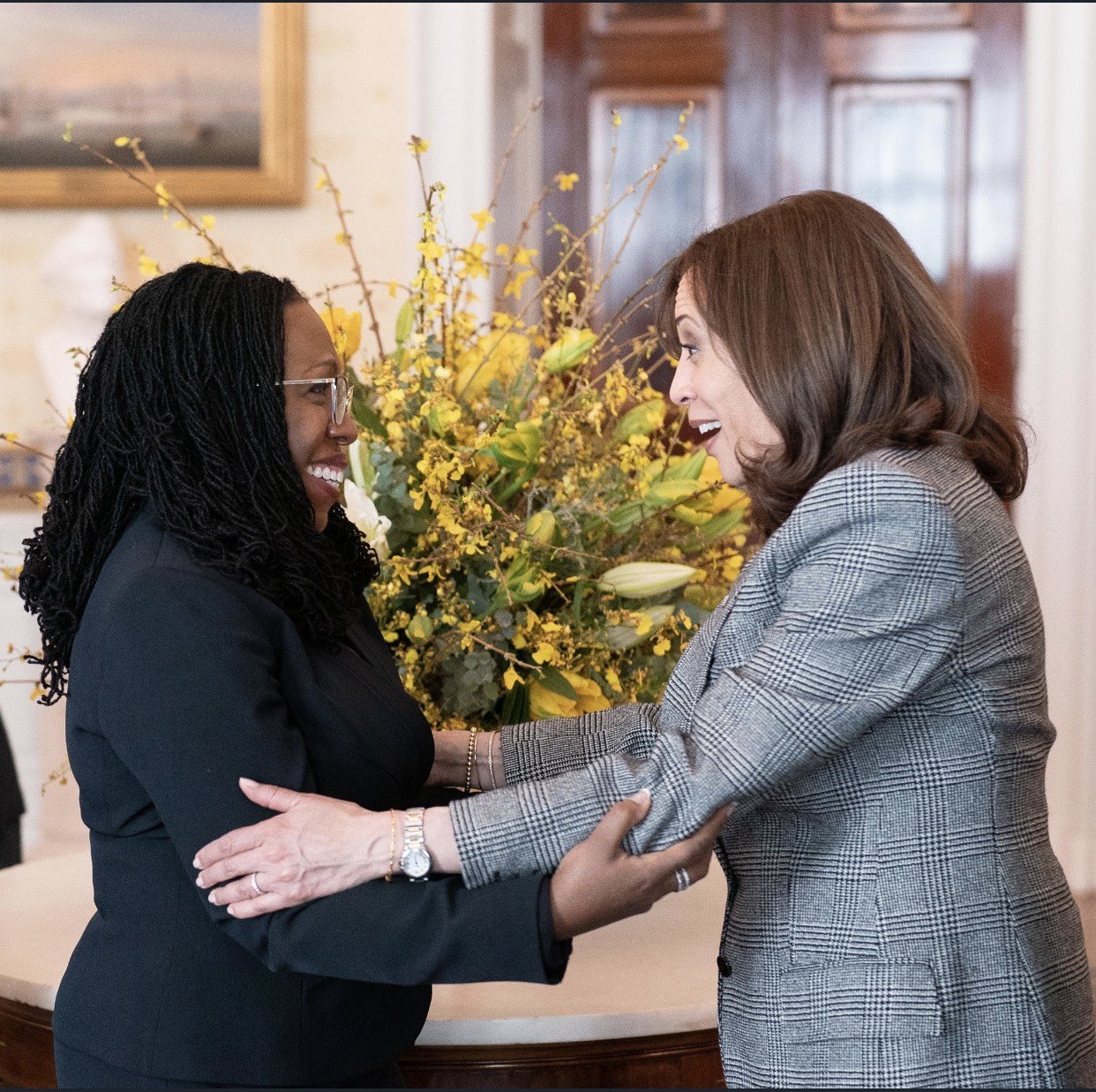 For me, it’s the names.
Their names scream new precedences.
As far as I am concerned, their names say it all.

These two Black Women (keep in mind I am using the term “Black” as a social position not the color of a person’s skin) transformed the course of human history. Vice President Harris had the honor to count the votes and DECLARE Judge Jackson as the first Black Woman Supreme Court Justice in World History.

The implications are boundless. Especially for girls everywhere.

I imagine young girls of all races, worldwide watching these two mocha colored ladies, in the presence of a room overwhelmingly filled with covertly hostile white men, owning their power and witnessing each other.

There will be young girls from around the world whose mother cried watching Vice President Harris count the votes and then congratulating Judge Jackson for her bipartisan confirmation to the highest court in the land. These little girls will be puzzled, then intrigued, then inspired to reach new heights that weren’t IMAGINABLE before that vote.

These beautiful brown-skinned girls will grow up into exquisite and brilliant brown-skinned women, who will cite April 7, 2022 was the day they dreamt a new dream for themselves.

I then think backward.
To the ancestors.
Who walks with and watches over us as we live this life.

My mind imagines them rejoicing beyond sound. I wonder if they wept for joy that we did not give up. That Judge Jackson stayed the course.

That she suffered a “21st sort of whipping” by the spiritual vultures called the Senate.

I imagine an ancestor or angel whispering into Senator Cory Booker’s ear to remind Judge Jackson that she was worthy and had earned her seat at the table.

Then my mind comes to you Sis.

I think about how hard you have worked. How much you sacrificed. To NEVER get the brass ring.
Or the raise.
Or the promotion.
Or the capital.
Or the support of a Black Man speaking life into you when you were surrounded by wolves.

To see Kamala Devi confirm Ketanji Onyika to the Supreme Court FELT like a personal victory. Like our collective disappointments, let downs, betrayals, attacks—ALL the things—for a moment, didn’t matter.

Because one of us made it.

If Judge Jackson can stay the course and keep here cool to ascend to highest court in the WORLD—it gives us, it gives me hope to finish what Spirit has kept me alive to do.

What makes this victory for Black women even sweeter is to be witness by another Sister who gets it. Vice President Harris REALLY gets it. For Harris to confirm Jackson, who too had to be twice as good and work twice as hard to have her seat at the table as the second in command of the Free World (as flawed as it may be) made this moment holy.

I’m sure there is more work to do. Confirmation is different from execution. Just like the wedding is not the same as the marriage. Judge Brown has her work cut out for her.

But today, in this present moment, as I sit in my chair and listen to the birds sing hallelujah, I look in both directions: the future of girls of color worldwide. And the past – at our ancestors who died, so we could live free.

In this present, I inhale. I rejoice.

And I am grateful.