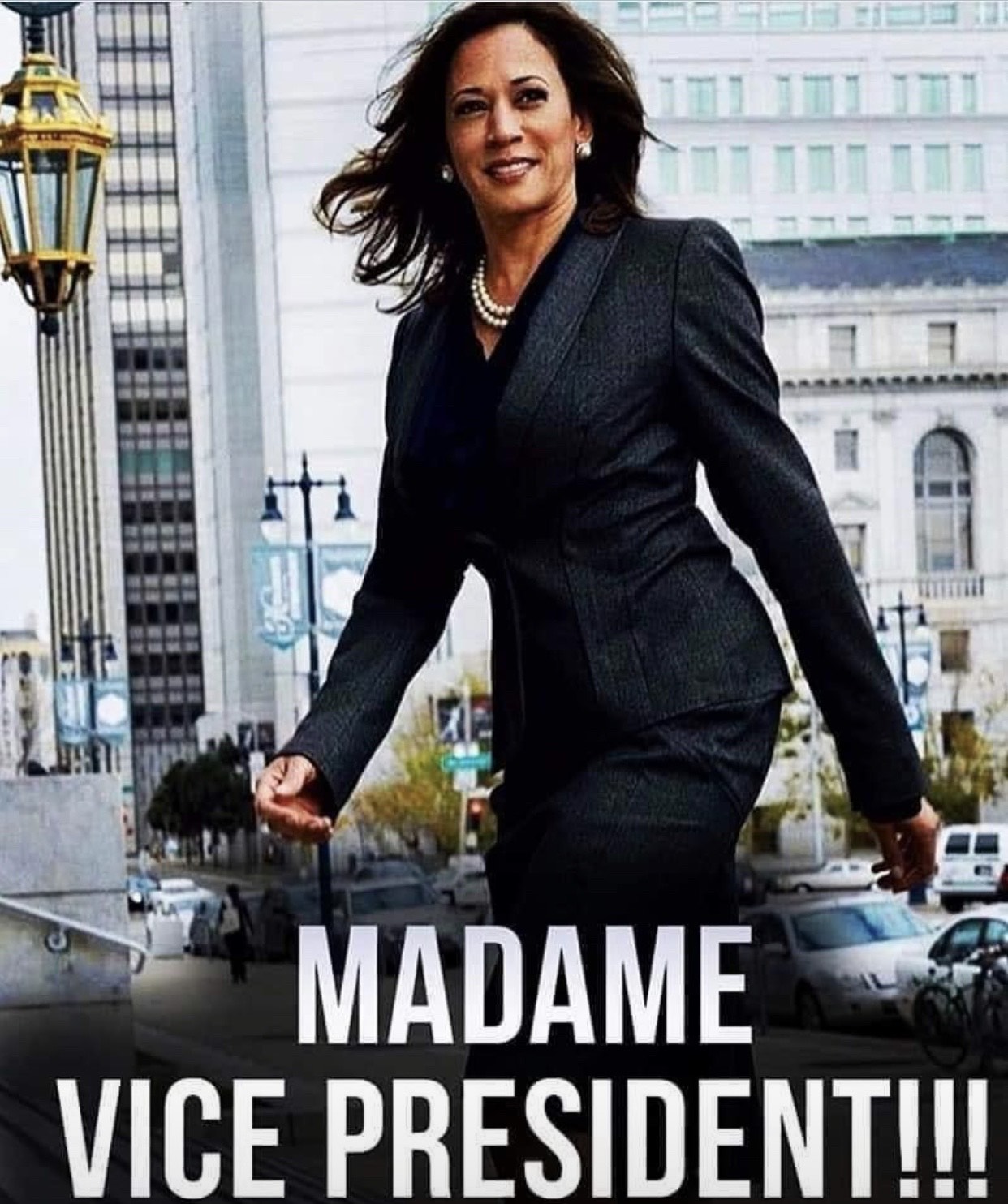 I was at the chiropractor when I heard the news.

Senator Kamala Harris said yes to joining Joe Biden’s team as his Vice President running mate for the 2020 November Presidential Election. I cried when I heard. I have been crying tears of joy and relief ever since. I will tell you why in a moment, but first, here’s a snapshot of Kamala Harris.

Harris has been a Senator from California since 2017. She is a former presidential candidate and has served as District Attorney in San Francisco and State Attorney General. She is considered a moderate Democrat. Her mom, Shyamala Gopalan, was a Tamil Indian-American who became a leading cancer researcher and activist and passed away from colon cancer in 2009. Her father, Donald Harris, is a prominent economist who worked at UC Berkeley, the University of Wisconsin-Madison, and Stanford University, and is alive and well. Both parents were big Civil Rights activists. She is a stepmom and married to Doug Harris, who adores and supports his wife. He is an attorney and of Jewish ancestry.

Just for the record, I love the diversity of her family and heritage. She represents love, blended family, inclusion, and the melting pot of what it means to be American.

Two reasons: Harris said yes and Joe Biden kept his promise. In America, we have a practice of killing off our leaders. Character assassination, lies, verbal attacks, dragging up old dirt—you name it. So for Harris to say yes is a gift to us. Being a public servant is a thankless job. Look how it aged President Obama. And as a Black Woman, she will be subject to a level of misogyny, racism, classism, etc., that is the hallmark of how America treats and relates to Black Women. There will be thousands of passive aggressive attacks on her looks, her ethnic name, her citizenship, nationality, her children, her husband, her sister, her parents, death threats, insulting memes, and name calling.

And you can bet there will be troublemakers who will stir the pot about her mixed heritage. Creating division within communities of color is an old tactic to keep us in-fighting while White Supremacy stack the deck in their favor. 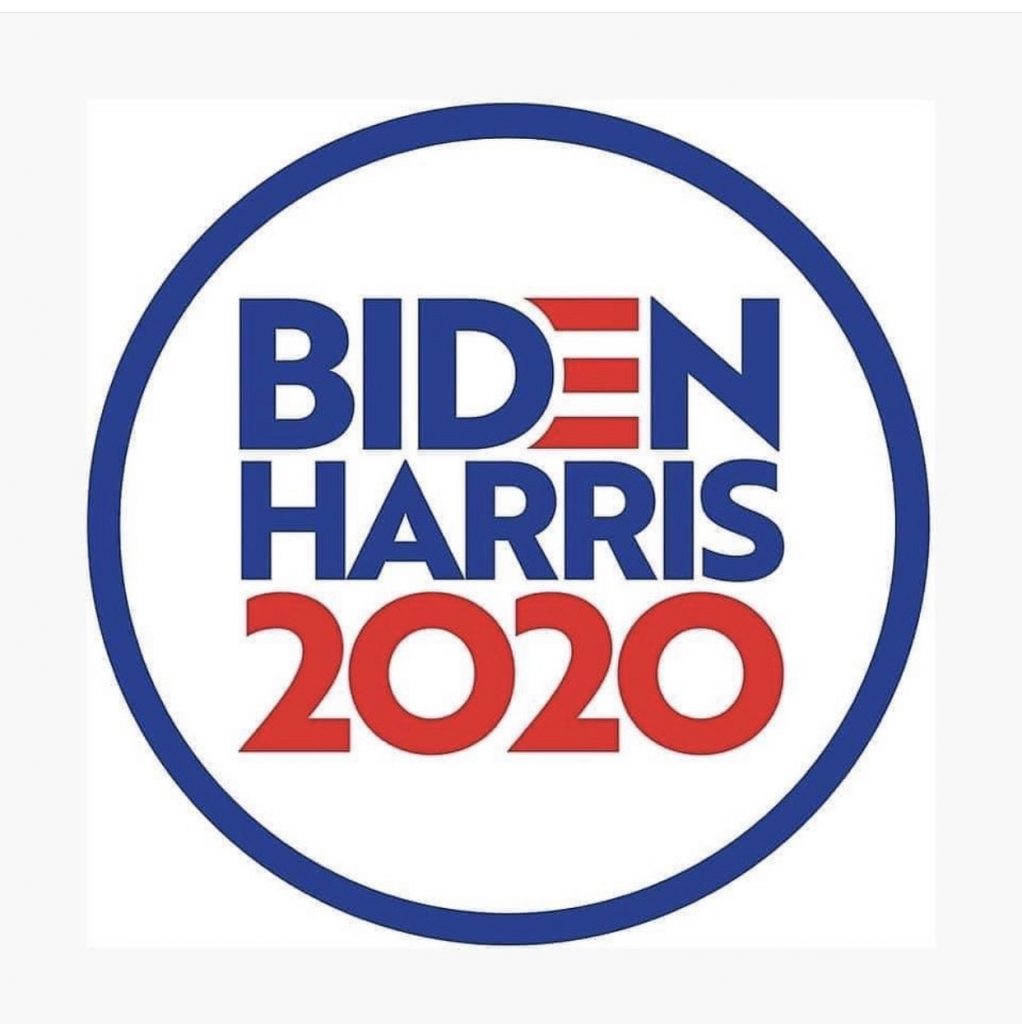 So for Kamala Harris to say yes, stepping right into the ring of fire of Trump’s America, is nothing short of an act of generosity and bravery that inspires me to do what I can to support her safety, sanity, and success.

The second reason I cry is because Joe Biden, a white man, kept his promise. You know the drill. Politicians make promises to get your vote and then don’t do what they say. It’s the reason so many of us don’t believe our vote matters. White men tend to promise us the moon but then do what serves their agendas.

But Biden keeping his promise to have a female running mate, and then to choose such a qualified equal who will speak up where integrity is lacking, he has in essence put in place his succession plan. Biden is 77 years old. Upon election (yes, I am casting vision and speaking life into this future) if he falls ill, Harris, who is only 55, will become the President of the United States. Biden doing what he said he would and Harris saying yes gives me hope that we have a real shot at making a America a more perfect union. I was feeling defeated.

I have been so beat up by Trump’s shenanigans, the pandemic that seems to be out of control, and the continued practice of killing Black people—no matter how much we march—that the fire of hope that has warmed my soul since getting off the streets has dissolved into smoldering embers. Biden’s announcement poured gasoline on those embers. Hope is alive in me again, fired up and ready to do the work to win.

No candidate is perfect. No team can win without the support of the community. We have to heal as a community to vote and to NOT squabble over tiny battles, but focus on winning the war. As a people, we have a practice of in-fighting when we need to unify. Especially Black Men when it comes to feeling “respected” by Black Women. Wounded Black Men will withhold support, their vote, and undermine the women who love them if they feel like they are not being valued in a way they deem appropriate. Look at history. Hell, look at powerful Black Women who were sabotaged by wounded Black Men they loved: Madame CJ Walker, Tina Turner, Beyonce. These women didn’t let the wounds of the Men who truly loved them stop them from fulfilling their destiny. And neither should you.

So to that end, I am doing a 3-part series around healing the historical wound that is at the root of the tug-of-war of power between Black Women (yes, we have a wound that plays RIGHT into his!) and Men. My intention is to empower us to heal our wounds so completely that we don’t react to his. That way we can keep our eye on the prize AND heal history… together.