Forgive me for what I’m about to say 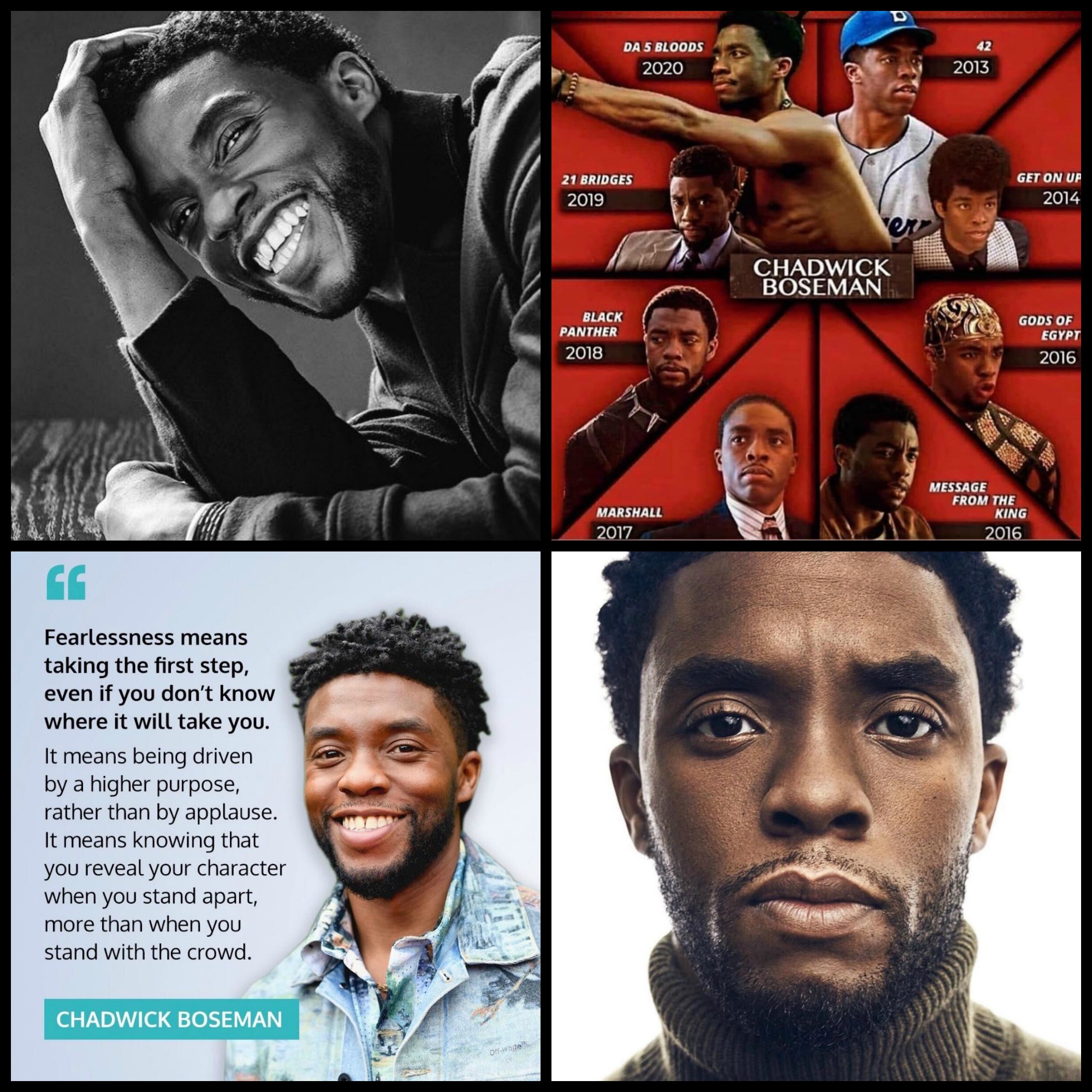 Sometimes I get angry with God.
I just don’t understand.
Nipsy.
Kobe.
Chadwick.

Good men.
Amazing Black Men who had matured into the sort of man who made you proud simply to be Black.

Forgive me for what I’m about to say: why does God take the good ones? The Black Men who take fatherhood seriously? Who understands that they are the ones who teach Black daughters how precious they are and who teach Black sons they are more than their ability to make babies and ego?

I sometimes wish God would pull out some Old Testament justice and just smite those who do more harm than help.

Forgive me. I know they would just be replaced with others who have the same White Supremacist ideology. I know and yet I feel so cheated. Chadwick was exquisite. As a Black Man, a citizen of the world, a father, and a husband he graciously epitomized the best in all of us.

No, I did not know him personally.

But I learned to be proud of me and my heritage through his body of work. Marshall. 42. Black Panther. The roles he played were a reflection of his character: uplifting. Humble. Complicated. Inspiring.

He showed us a dignified version of Black Masculinity. So often Hollywood only cast Black Men in stereotypical roles: gang member, drug addict/dealer, deadbeat father, thug or criminal. Chadwick’s body of work is remarkably devoid of most of that positioning.

So it is with great sadness and deep respect that I now bow my head in prayer, honoring the life and legacy of a man who made four major films while fighting for his life against colon cancer.

I called Nanna about my anger and confusion with God. She listened gently and said, ”Only the good die young.”

She paused and then said softly, ”Because it would break their heart to see what has become of their life’s work. Could you imagine how Dr. King would have felt if he had lived to see what has been done with his legacy? What he gave his life to? The good come to this earth, do what God has assigned them to do, and leave complete.

“Chadwick’s work was done. Black Panther changed the world. It gave us something we had never had: a king we could be proud of. He did good with his life, Venus. He made it count for something bigger than himself. He, and everybody involved in that movie, not only made Black beautiful but also mainstream. Black people have never had a depiction of Africa so positive and beautiful. Not on this scale. And not as a lead superhero. He did what he came here to do. Don’t be angry with God. Be thankful that God gave Chadwick to us for 43 years. That’s 10 more years than Jesus,” she chuckles. I do too.

In this season when Black Men are being gunned down in the streets by Police, the pandemic numbers continue to rise, and the upcoming election becomes more and more contentious, help us rest in you.

Help us to remember the good in people. Good people. People like Chadwick. May we all have a little of Chadwick’s goodness in us, come forth as we move history forward.

In Jesus’ name I pray,