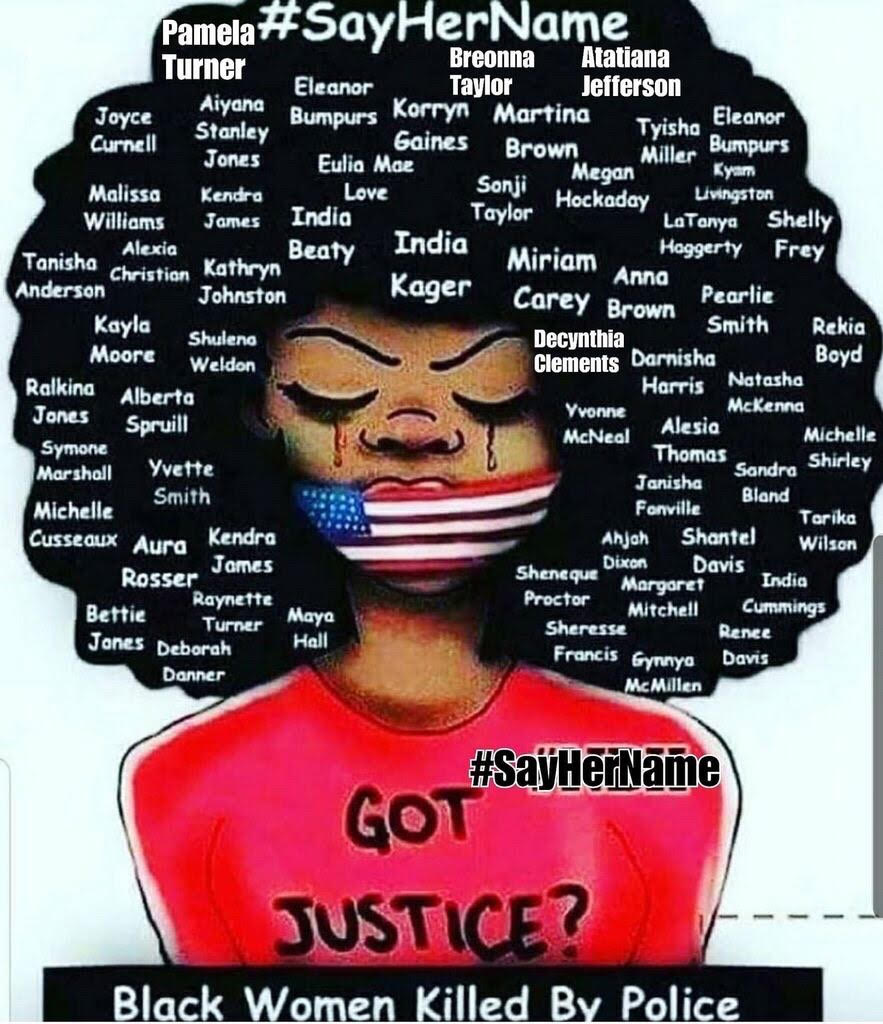 I love being a Black Woman.
I love everything about us.
Our swag.
Our passion.
Our undeniable sense of style.

Here’s me rocking my new denim jump suit! You can’t tell me I’m not #blackgirlmagic struttin’ in these quarantine streets! And I appreciate all the love from my sisters who took the time to celebrate me feeling beautiful and blessed. 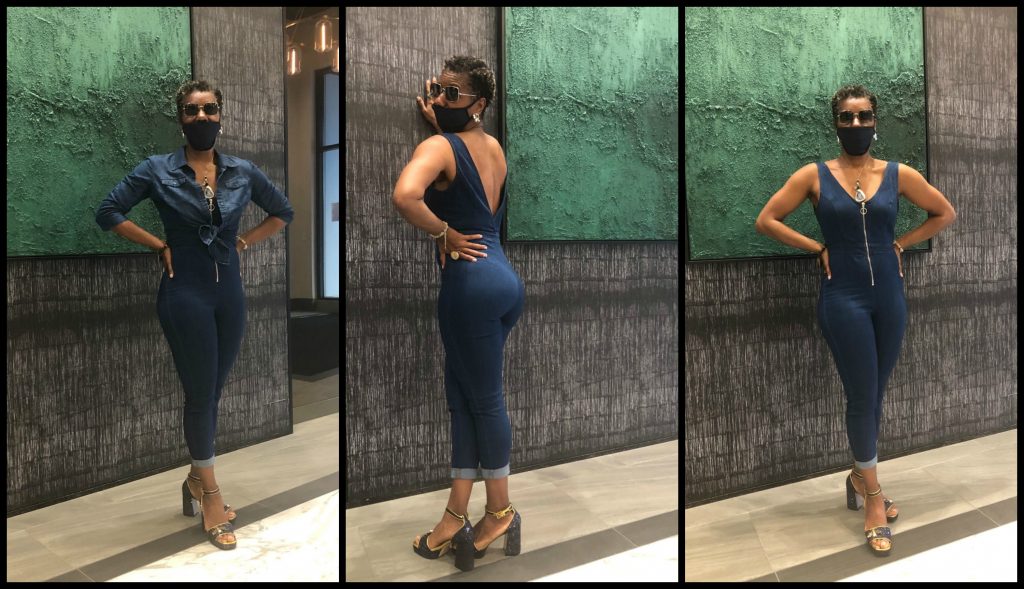 I love that we love with a fierce love.

So when one of us is struck down in any way, be it with laws, fists or bullets, it feels like I’m being struck down.

I am a daughter of Black Feminist Thought, Womanism & Queer Theory. I live life like the personal is political. I am in a long line of Black Women who have chosen to use my life to set my people free, specifically my sisters in success. So when I watch the dwindling energy for Breonna Taylor’s justice, I’m thrown back into history.

Black women, since the inception of this country have been treated and regarded as disposable, replaceable and only as valuable as we are useful to upholding White Supremacy, systemic racism and yes, patriarchy. Black Masculinity was born in the womb of White Supremacy. So when thing gets hot, Black Men lash out at those closest to him—physically and emotionally—the Women and children who love them.

Be clear—I LOVEEEEEE Black Men. As far as I am concerned, they are absolutely exquisite. So when I address the disparity regarding the fervor with which we march for George or protested for Amaud for MONTHS after he was murdered by an ex-police and his son, I’m not pointing to Black Men. I’m addressing Black Women’s value for Black Women’s lives.

Think about it. Black Women are at the forefront as well as the workforce behind some of our biggest movements in history.

From the March On Washington to the Women’s March to Black Lives Matter. Black Women pour our hearts and souls into fighting for justice for all. But have you noticed that when that “all” centers around a Black Woman’s body, we don’t scream as loud or long as we do when it’s a Black Man’s body?

Don’t take my word for it. Just check out what’s trending and for how long.

It’s been four months since Breonna was murdered by the police. Sandra Bland’s lynching inside a jail cell was casually dismissed as a suicide. Atatiana Jefferson was shot dead through her bedroom window when a concerned neighbor called the police because her front door was open. Kathryn Johnston was 92 years old when an undercover police shot and killed her in her home during a botched drug raid. Korryn Gaines, who miscarried while held in custody by police, was shot by police and one bullet went through her and crippled her son for life.

I could go on but you get the point.

How come these stories don’t trend? Because we don’t insist they do. All of these incidents were in the news at one point. But I wonder: if George had been a Black Trans Woman or a Black single mom named Georgette, and we watched her public execution on TV, would we have marched? Would the world have galvanized around her? Would we have burnt down buildings and police precincts for Breonna?

I don’t think we would have. Why? Because we didn’t.

Here’s my point: since the institution of North American Chattel Slavery, the Black Female Body has been disposable, less and completely okay to beat, maim, or murder with little to no consequence.

There isn’t a hierarchy to pain.
Apartheid.
The Holocaust.
Hiroshima.
The Trail of Tears.
Kosovo.
Rwanda.
Colonialism.
Antebellum Slavery.

I honor each and every culture who has their own cultural trauma that haunts them like ours does us. And I deeply appreciate all of our allies who are standing with us against White Supremacy. I am addressing one question on which the November 2020 election hinges: will Black Women fight for Black Women the way we fight for our men and children?

We train the world how to treat us.

Until we stand for each other like we do for our babies, our brothers, our boos, the world will continue to relate to us as the cash cow of the American Dream.

This article is not a slam. It’s a wake-up call to remind us that we matter, too. Our lives are just as worthy as the lives of the people we love.